Improving the capacity of NGOs

On December 16, 2019, the Resource Center for Civil Society Organizations organized consultations for local NGOs from the municipalities of Mojkovac, Bijelo Polje, Plav and Berane on the topic of “Improving the capacity of NGOs.” The consultations were held in the hall of the Municipal Assembly of Bijelo Polje.

The meeting was an opportunity to discuss the current opportunities and needs of NGOs for capacity building in order to empower NGOs to provide services to the citizens of Montenegro in the most professional and quality way and participate in the decision-making process. The Resource Center used this opportunity to gather the information needed to compile the 2020 Training Catalog. The plan of activities of the RC and events within which NGOs can take part were presented. The local resource center “Bijelo Polje Democratic Center” invited NGOs to cooperate and presented the services it provides. 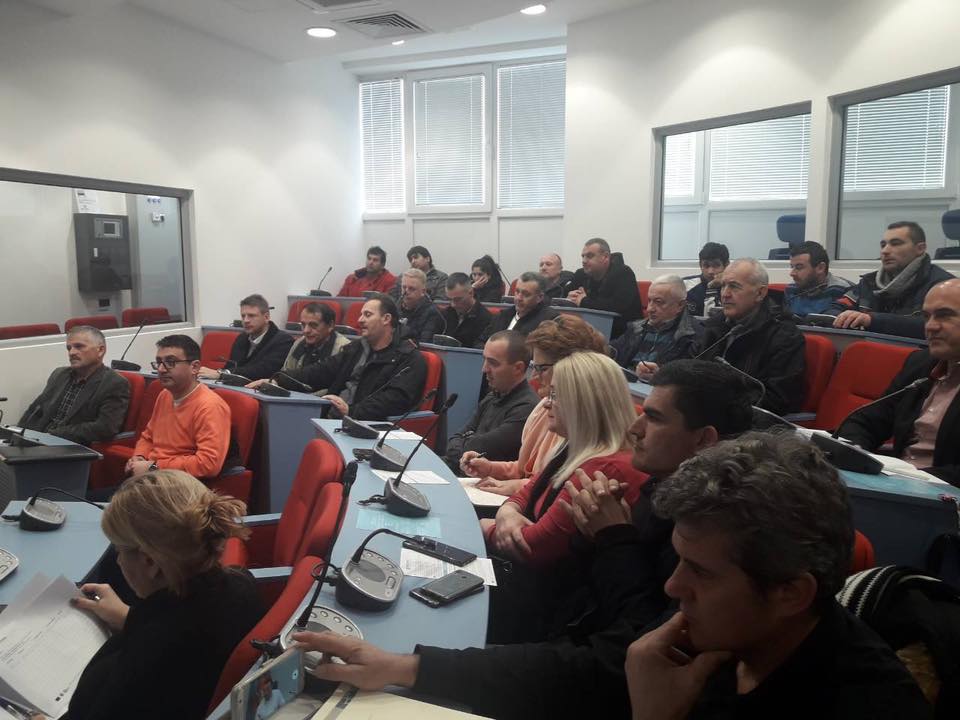 Funding of NGOs from the local budget

October 28th , 2019, the hall of the Municipal Assembly of Bijelo Polje

The consultations identified as problems: The existence of phantom NGOs that are not visible to the public, nor are their projects but they take funds on local competitions; Lack of capacity of NGOs to write projects that rely on local action plans; NGOs do not associate, which is recognized by those present at the meeting as necessary if they want to implement larger projects and contribute at a higher level. Representatives of the municipality of Berane pointed out that hiring independent evaluators is unnecessary because they are not from the municipality where the competition is conducted, so they do not know the situation, and for their engagement it is necessary to allocate a larger amount of money that is better to be distributed to NGOs. The project decision-making commission has no experience and knowledge of the project cycle itself and as such does not select the right projects to support; municipalities allocate small amounts to NGOs; municipalities rewrite competitions and do not clearly define priorities; NGO funding is not mandatory, so in the municipality of Bijelo Polje in 2017, there was no distribution of funds and those funds were not transferred for the next year. The percentage of local budget allocated to NGOs is not defined; Institutional support of the municipality of Bijelo Polje of 150eur for NGOs dealing with people with disabilities and children with disabilities is small but helpful; NGOs that provide support to people with disabilities and children with disabilities are facing extinction and need the continued support of the municipality; Licensing of social services (the licensing process itself requires large financial resources that NGOs that provide support to vulnerable groups such as people with disabilities, children with disabilities, women victims of violence, etc. do not have).

Municipality of Bijelo Polje to organize a meeting with NGOs to consider increasing institutional support for NGOs that provide services to children with disabilities and persons with disabilities.

The Resource Center for Civil Society Organizations organized local consultations with NGOs from the municipalities of Bar and Ulcinj. The consultations were organized in the premises of the local resource center “New Horizons” and were attended by 20 representatives of local NGOs.

The communication officer of the project presented the research of the Center for the Development of Non-Governmental Organizations on the impact of Covid 19 on the work of NGOs. Participants discussed the current challenges that local NGOs face. Some of the biggest problems are lack of financial resources, delay of institutions with answers to NGO inquiries, uncertainty about the course of the project and whether donors will accept the delay in execution of activities, lack of information during the application for ministries funds.

– Resource Center to present to the Ministry of Public Administration the problems that NGOs from the municipalities of Bar and Ulcinj face.

– Improve the capacity of NGOs to write projects, implement initiatives and long-term planning. 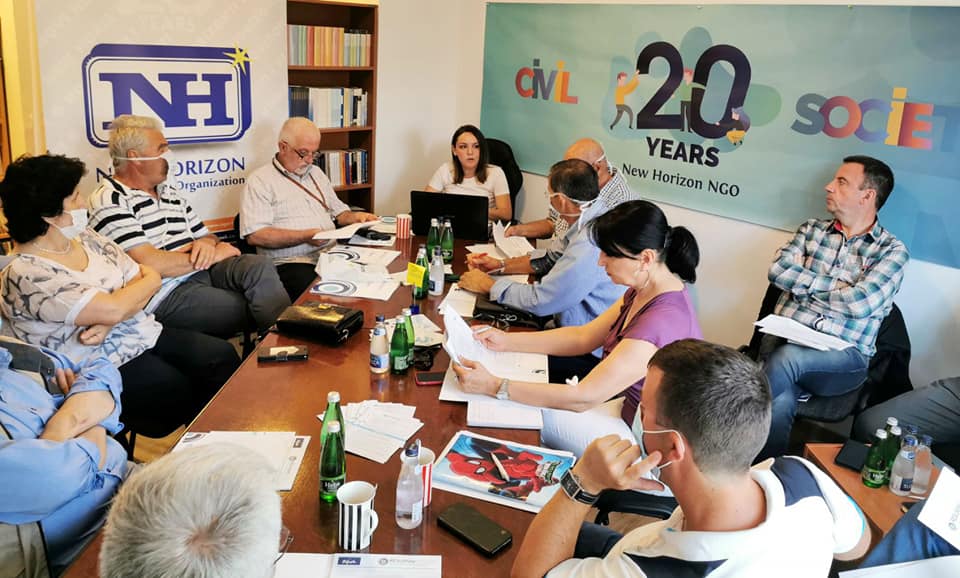 Financing of NGO projects and programs from the state budget

One year of implementation of new legal solutions

The Resource Center for the Development of Civil Society Organizations in Montenegro held a consultation on February 20, 2019 at 10 am in the Hotel CenterVille in Podgorica on the topic of Financing NGO projects and programs from the state budget – One year of implementation of new legal solutions.

The event was opened by Ana Novaković, Executive Director of CRNVO, and Marija Hajduković, Director General of the Directorate for Good Public Administration and Operating of Non-Governmental Organizations.

The aim of the consultations was to, on the basis of arguments and exact findings on the application of the law so far, record the strengths and weaknesses of the new financing system, and to provide concrete proposals for improvement, where necessary.

The consultations were an opportunity for representatives of the non-governmental sector and the Government in particular to exchange views on the extent to which state budget funds enable efficient implementation of NGO projects and contribute to the sustainability of public interest projects and NGO services.

“Significant normative changes in the part of financing of NGO projects and programs from the state budget, in accordance with the Law on Non-Governmental Organizations, were adopted in June 2017, for the first time by prescribing the percentage of funds allocated from the current state budget for the mentioned purposes. Two years of programming have been completed and we are now simultaneously monitoring the implementation of the Decision on determining priority areas of public interest and the amount of funds for financing projects and programs of non-governmental organizations in 2018 and the Decision for 2019“ stated Marija Hajduković, Director General for Good Public Administration and Operation of NGOs.

The event was attended by over 120 representatives of the Government, the Delegation of the European Union to Montenegro, embassies, local governments, NGOs, members of the distribution committees and donors.

The consultations are one of the activities of the Resource Center for Civil Society Organizations in Montenegro project implemented by the Center for Development of Non-Governmental Organizations (CRNVO) in partnership with NGO Bonum from Pljevlja, NGO Nada from Herceg Novi, New Horizon from Ulcinj and Democratic Center of Bijelo Polje. The project is funded by the European Union and co-financed by the Ministry of Public Administration.