The Center for the Development of Non-Governmental Organizations (CRNVO) sent today the initiative for the inclusion of NGO representatives in the Rule of Law Council to the Prime Minister, Mr. Zdravko Krivokapić.

We are aware that the Government, at the session held on 04.02.2021. passed the Decision on the Council for the Rule of Law. The decision determines the composition, competencies and manner of work of this body. Based on the decision, the participation of NGO representatives in the work of the Rule of Law Council is not envisaged.

We would like to remind you that the non-governmental organizations involved and monitoring the negotiation process have been committed for years to enabling the participation of the non-governmental sector in the work of this body. The Council, unlike the working groups for the preparation of negotiations and other levels of the negotiating structure, has significant competencies in this process, and among other things: monitors the implementation of obligations to meet the provisional benchmarks in Chapters 23- Justice and Fundamental Rights and 24- Justice, Freedom and security, but also makes recommendations to institutions that do not meet their obligations to act urgently. Also, in the composition of the Council, again, unlike the negotiating groups, it is the decision makers (Prime Minister, Chief Negotiator, Ministers of Human and Minority Rights and Justice and Interior, representatives of the Agency for Prevention of Corruption, Police and Justice Administration), and all this made dialogue with the non-governmental sector essential, not formal, as is currently the case within negotiating groups.

During 2020, after a series of initiatives, it was possible to include representatives of NGOs in the work of the former Council for the Rule of Law. Based on available information, this body did not meet during the technical mandate of the previous government.

However, the finally established practice of further opening the process to NGO representatives should not be reversed. On the contrary, due to the announced unequivocal commitment to the process of European integration, the new Government has even higher expectations that it will lead this process openly, with a constant dialogue with the professional and general public.

We remind you that the European Commission gives strong support and expects the essential involvement of NGOs in the negotiation process, and that the cooperation of the Government with civil society has become an informal political criterion for membership. These assessments have been officially present in EC reports for years.

We therefore call on the Government to send an invitation to the non-governmental sector, and that, if there are interested representatives who meet the envisaged criteria in accordance with the regulation governing the election procedure, they should include and show that they will really foster transparency and dialogue at all levels an accordance with declarative commitments. 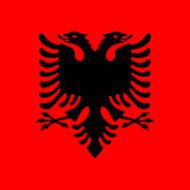